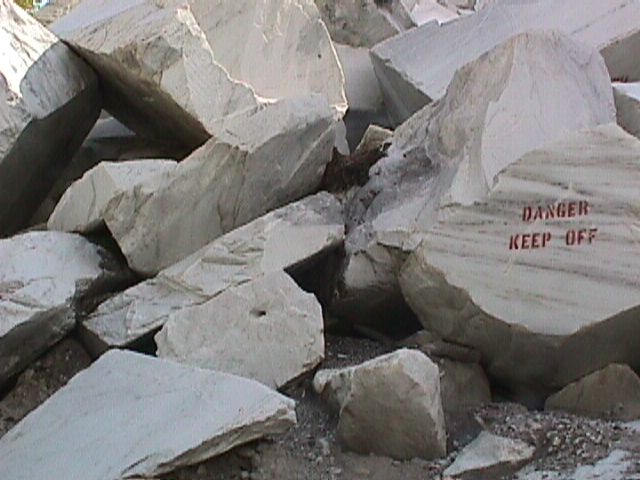 OMYA's lease provision contains a prohibition on the production of lime or crushed marble; the basis therefor is to avoid competition with the business of the owner:

"In no event may Lessee sell Waste Marble or any other marble recovered from the Property as or for use in the production of ground calcium carbonate of a fineness less than Two Hundred (200) mesh. Violation of this provision of paragraph 3.6 shall result in automatic, immediate termination of this Agreement and shall entitle Lessor to go upon the Property and evict Lessee in addition to which Lessor shall have any and all other remedies available for such breach.
-- Agreement made as of March 1, 1999 by and between OMYA, Inc., a Vermont corporation with an address at 61 Main Street, Proctor, Vermont 05765 ("Lessor") and Sierra Minerals Corporation, a Colorado corporation with an address at 6164 South Newport Street, Suite 2000, Englewood, Colorado, 80111, ("Lessee") 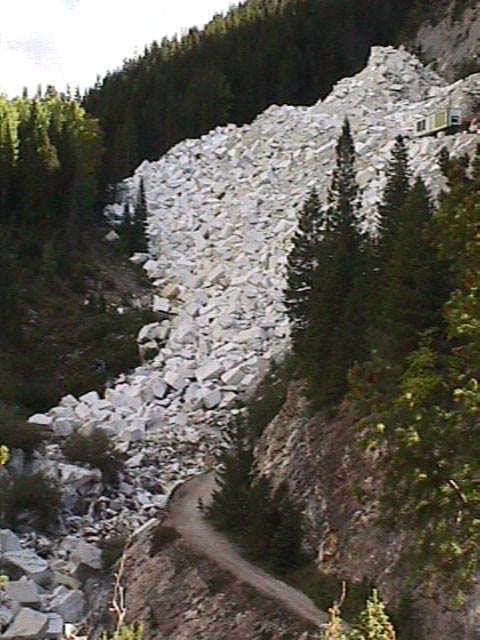 "Waste" marble, was deposited on the ground. The waste goes unreclaimed for two reasons:

1) OMYA won't clean it up because it says the operator is responsible.

2) The mine operators won't clean it up because OMYA expressly prohibits the production of calcium carbonate in the lease agreement.
OMYA in Colorado
Where there's a mine, there's a mine dump

The Yule Quarry outside of Marble, Colorado, owned by OMYA, is an abundant resource for pure white marble. The white marble was discovered in the 1880's and soon became known as one of the finest white marbles in the world. It was selected for the exterior of the Lincoln Memorial in 1916 and the Tomb of the Unknowns in 1936.
The quarry closed in 1941 and was reopened in 1990 by Colorado Yule Marble Company (CYMC). CYMC failed in early 1999. CYMC was evicted from the OMYA parcels for failure to pay the royalties and rent due under the lease agreement. Sierra Minerals intends to re-open the quarry.