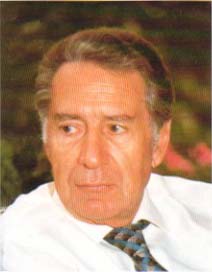 Pluess Staufer
An In-depth View of A Silent Giant

* Board of Directors and Executives

The Billionaires;
RANKED BY NET WORTH

MAX SCHACHENMANN, 75
Paris FRANCE
$1.0B
100% of Pluess-Stauffer, the world's largest manufacturer of calcium carbonate. For nearly half a century, Schachenmann has been selling CaCO2 as filler for marble, and chalk, and recently as a whitening agent in paper. Though he hasn't ceded a speck of control over the company that supplies the U.S. with one-quarter of its calcium carbonate, his oldest son, Max Andre, has been identified as a likely successor. Max Sr. has another son, a daughter, and several awards for hang gliding.
Benn Publications Ltd. (UK)

Silence's success; nickname of Max Schachenmann, chief executive of Pluss-Staufer; on his firm's reputation for secrecy and discretion in dealing with its customers; Chemicals & Additives; Company Profile

Silence is a difficult commodity to export. CE Max Schachenmann does not give interviews and the company, accused of secretiveness, has been the focus of sharp criticism in the Swiss business press.

Switzerland, however, is probably the birthplace of discretion, making Oftringen a suitable headquarters for this giant player in the fillers and coatings game. Since taking over the family firm in 1941, aged 25, after his father's death, Mr Schachenmann's entrepreneurial skills have enabled P-S to grow in a geometrical spiral. Much of its reputation has been built on its ability to maintain strict secrecy between its customers. Chalk was needed in huge quantities after the second world war, to revitalise Europe's rundown fields. P-S was already a major owner of chalk quarries, and profited sufficiently to have money in the bank in 1968; this was the year when Ludwig Huggenberger, head of its paper division, proposed what was then a laughable idea: a technical laboratory with test facilities for customers. Despite considerable company opposition, Herr Schachenmann agreed, and it was built in 1970, at a cost of SFr20M.

The breakthrough came in 1973 when P-S bought its own pilot coater. Its philosophy of looking after the sheet from wet end through to the printed word was born. It claims it was the first pigment supplier in the world with full evaluation trials facilities.

Coatings have been applied to paper since the 1860s, but since world war two research into pigments has focussed on bringing down costs and producing brighter paper. Pigments are vital for high brightness, and natural ground calcium carbonate (CaC O.sub.3 ) is a cheap and endlessly available pigment. In SC grades, the cost of one kilo of wood fibre is three times that of one kilo of filler; for uncoated woodfree the ratio can be as much as 5:1. There are sound economic advantages for using fillers.

The move towards coating groundwood-containing grades with CaC O.sub.3 is slow, but P-S is researching to ensure its continued growth. It is being introduced into the wet end of rotogravure grades, which will enable both it and offset to be made in the same mill. The company says it should be possible to make all LWC up to 51 gm.sup.2 with CaC O.sub.3 ; this will save the chaos which follows broke being used in an acid line from a neutral one when both are used in the same mill, and which is, according to P-S, a common source of trouble.

In higher grades CaC O.sub.3 is already used for pre-coating, and for top coating up to 100% use is possible, even for a high gloss finish in double coating. In the US, Somerset mill, which has a reputation for exceptionally high quality finish, is the only one to use it as a coating medium. Fillers and coating pigments are primarily used in printing/writing and coated board grades.

Last year, the world's paper users consumed 16.5M tons of pigments. Of this, 12M tons was kaolin, 4M CaC O.sub.3 . European consumption of pigments has doubled in the past decade to 6.8Mtpy and will, estimates P-S, rise to 10Mtpy by the year 2000. Taken overall, filler content is higher in Europe than the US.

Coatings have become heavier, more coated paper is being produced. The move to acid free production of woodfrees has progressed; more than 300 machines now produce woodfree paper under alkaline conditions, 180 of them in Europe, and P-S was there to advise at most changeovers.

The secret of P-S' success in the paper industry lies in this rise of acid free production. CaC O.sub.3 cannot operate in acid conditions. Mr Schachenmann's research laboratory worked on what was originally thought to be a coarse substance of limited value, and has produced a recipe for success. There are economic advantages in high solids coatings, also technological advantages such as higher brightness. High solids coatings require high percentages of CaC O.sub.3 in the coating colour formulations. P-S has directed the market towards the increased use of CaC O.sub.3 by:

2) Investing sufficient research in the product to ensure a profitable outcome.

3) Encouraging its research team to read papers at major seminars - the most effective advertising medium.

Mr Schachenmann's nickname, "Der Schweiger" (Mr Silence) is therefore misplaced. He speaks through his team's scientific papers; his eco-friendly message says "buy me - I'm natural". His team is always on the move towards the next seminar, preparing to preach the gospel of natural ground calcium carbonate.

Mr Huggenberger still heads the paper division of P-S. He considers paper quality as important as cost per ton. "Our customers want more metres at faster speeds with higher brightness" he says. "But paper is produced through a series of compromises. Fillers weaken the sheet; the need for perfect printing means resorting to expensive tailor made additives; competition and overcapacity is leading our industry to disaster. We must remember that we cannot cough, gargle and sing all at the same time."

P-S has increased its commitment to paper, by appointing former Feldmuhle head of coating Dr Christian Naydowski as director of R&D. He sees his task as broadening the vision of mill managers from viewing the PM as an entity to part of the larger mill picture. I asked him why CaC O.sub.3 was so important a product.

"In today's difficult market it is an essential part of paper's economic structure", he replied. "Because of overcapacities, price rises are impossible at present. We can help a mill to lower costs, thus raising profitability. Increased use of recycled fibre is also influencing its use, and German legislation is helping us there. In the US, where double coating is unknown (with the exception of Somerset) we are already influencing wet end manufacture, and our expertise is essential as US mills learn about double coating."

Mr Huggenberger has many more notes in his recipe book for CaC O.sub.3 , including improvements in SC and even newsprint, more gloss and opacity in several grades.

Since English China Clay opened its research facility in Belgium competition between the two companies has intensified. P-S holds over 60% of access to CaC O.sub.3 . By publishing its research it demonstrates its expertise, but encourages its competitor to come closer. The singer may not always be able to call the tune.

His wealth has risen from pounds 275million to pounds 1,225million. Last year he was rated equal 58th richest.

Ecclestone is still far behind supermarket boss Lord Sainsbury, who leads the list of Britain's 1,000 richest people. His family's wealth is put at pounds 3,300 million. Virgin tycoon Richard Branson has seen his rating slip from joint fifth to 14th. His personal wealth plunged from pounds 1,700million last year to pounds 1,000million. Of the 16 billionaires in the list, published by the Sunday Times, Harrods boss Mohamed al-Fayed is at number 11.

The Queen, who once stood at the top of the wealth list, has seen her rating fall to 94th with a personal fortune of pounds 250million.

There are two female billionaires on the list. The joint fortune of Greek shipping heiress Chryss Goulandris and her husband Irish Heinz boss Tony O'Reilly is estimated at pounds 1,100million. Lady Grantchester, 72, is worth pounds 1,000million.

Mad-cap DJ Chris Evans has burst into the list at no. 668, with a fortune estimated at pounds 30million.

On this page we list the richect top ten in different categories...